Let me start by saying that I can’t vote for the Mayor of New York City since I’m no longer a resident.  Many of my friends, however, have been asking me what I think of the candidates, and who I would support.  I know virtually all of them, and have had business, personal and social relationships with most.  The majority are good people, who I generally believe started in politics for the right reasons.  But most of them over the years have drunk the Kool-Aid, and have allowed themselves to be owned and manipulated by the special interest “constituents” that they believe they represent.

There really are two races: the Democratic primary and the general election.  First, lets start off with the Democratic primary.  Few of the candidates have real executive experience, except for Bill Thompson who was the former City Comptroller and Brooklyn Deputy Borough President, and John Liu, the current Comptroller.  Virtually everyone I know that has done business with Liu walked away feeling like they needed to take a bath.  His campaign has been surrounded by multiple investigations, and he has no record to point to as Comptroller.  Most people feel he is untrustworthy, disloyal and manically egotistical. Bill Thompson, on the other hand, is known to be a thoughtful, genuine person, whose major fault is that is that he doesn’t talk himself up enough.  He is a nice guy, and nice guys usually finish last – especially in New York.

Bill De Blasio is the current Public Advocate, but I hardly consider that an executive position.  The Public Advocate’s Office was a vestige of the New York City Charter reform that took effect after the Koch administration.  It has no real power other than to make noise and issue press releases, and is supposed to act as the public’s ombudsman in government.  This is an oxymoron, because that’s what all the elected officials are supposed to do, isn’t it?  Prior to that, De Blasio, like Anthony Wiener, John Liu and Christine Quinn, came out of the legislative branch of government.  As we have seen with Professor Obama, legislators don’t lead – they have no clue how to make executive level decisions.  They believe that governing involves making compromises, scratching backs and giving the appearance that they have done something.  All of the Democratic candidates have supported ridiculous laws governing work rules, pay rates, sick leave policies and other labor loved initiatives that will severely damage the city’s economic health.

Let me give you an example.  Most municipal labor unions in New York City have worked without a labor agreement since 2008.  To some people, this sounds terrible.  Remember, however, that after the market crashed in 2008, hundreds of thousands on New Yorkers in the private sector lost their jobs, and people across the board saw their pensions and investments go down by an average of 30%.  Municipal workers didn’t lose their jobs, and their pensions weren’t affected, because they are guaranteed by the city under prior collective bargaining agreements.  While everyone else was greatly suffering, their biggest hardship was they got to keep their jobs and their pensions, but didn’t get a raise.  Now keep in mind that these same municipal workers start off with three weeks vacation per year (and get an additional day for each year served), twelve “sick” days per year, and incredible health benefits.  Not a bad deal.

What is absolutely insane, however, is that all of the Democratic candidates are pledging to their union boss buddies that once they are elected Mayor and the new collective bargaining agreement is negotiated, they will pay all 200,000 city workers the money and benefits they didn’t receive, retroactive to 2008!  The cost of doing this is estimated at $7.0 billion, and would bankrupt New York City.  De Blasio at least offered a method for paying the cost – tax the rich.  Sound familiar?  All of these candidates claim they are supporting and speaking for the middle class, but in reality they are pandering to any cause, special interest group, or lobby that shows up at their door.  And the business community donates to all of their campaigns for fear that they will lack access or be on the wrong side of whoever ultimately wins.  Don’t they realize they are already on the wrong side, and just paying for their own executioners?

These candidates stand for everything, which means they really stand for nothing.  The fact that they are liberal doesn’t bother me – I strongly believe we need to assist those truly in need.  The fact that they are spineless and unable to make decisions, seriously troubles me. Again, I believe the Democratic exception to the rule on most issues is Billy Thompson, but shouldn’t he know better regarding the collective bargaining costs as a former Comptroller? 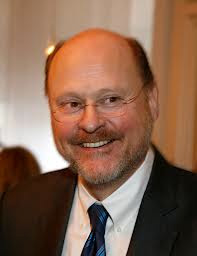 Now let’s turn to the general election.  Whoever wins the primary will in all likelihood face Joe Lhota as the Republican candidate.  I really hope Joe wins.  Lhota is a former Finance Commissioner, Director of the Office of Management and Budget, and First Deputy Mayor (which essentially made him the city’s Chief Operating Officer). Most recently, he was the Chairman of the MTA and incredibly restored the system in record time after Hurricane Sandy.  I know from my work in Haiti after the 2010 earthquake how hard it is to reconstruct infrastructure while trying to keep the system functioning.  Joe’s father is a former New York City policeman, and his grandfather a former fireman.  Joe worked in the private sector and has a Harvard MBA.  I’ve negotiated on the other side of Joe, and can tell you he is no pushover (and I can promise you, with over $25 billion in completed real estate development projects under my belt, I’m not an easy negotiator).   Joe will do what’s right for all New Yorkers.  Joe is middle class; he doesn’t have to pander to the middle class.  Lhota can hit the ground running.  He will protect the city.  He will lift it up.

If I were still able to vote for the Mayor of New York City, I would cast that vote for Joe Lhota. I strongly urge my New York City friends and readers to do the same.