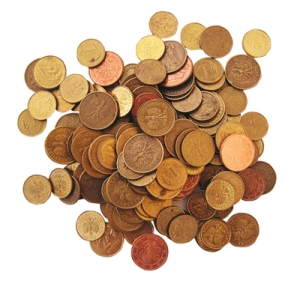 As avid coin collector James Stuckey will attest, every coin tells a story. One of his favorite hobbies is in coin collecting, and the immense satisfaction he feels after a successful search makes the hunting and gathering worth it.

James Stuckey first learned the art of collecting coins from his grandfather. When his grandfather died in 1984, James Stuckey inherited his collection and incorporated his own coins into the mix. Of all the old and rare coins he’s discovered throughout the years, the favorite coin of James Stuckey is the Morgan Silver Dollar with a mint from Carson City. These coins were produced in  in Carson City during the 19th century.

Interested in the minting process, James Stuckey investigates the purpose of coins in history and how particular coins are made. His collection features coins dating back to the late 1800s, and even a few rare coins from the 7th and 8th centuries. The coin dies used to stamp the precious metal are often in high demand from collectors, almost as much as the coins themselves. Modern dies fashioned from hardened steel can produce tens of thousands of coins before being retired.

Coin collecting is also a learning experience for those interested in geography and history. As he continues to accumulate coins from all over the world, James Stuckey focuses on the rich heritage of his findings. He uses the Red Book on coins to aid the collection process. The comprehensive historical guide is a yearly publication that offers a wealth of information on the history and value of coins. James Stuckey stresses the importance of coin collectors availing themselves of the best educational resources as they pursue this hobby.

As an added bonus, James Stuckey affirms that coin collecting can turn into a profitable venture if done properly. Coins with the highest monetary value are those never circulated, or circulated for only a short time period. The right coin can attract a number of high bids at auctions and sales. For a value to be assessed, James Stuckey says that the authenticity and identification of the coin must be determined.

To avoid loss or theft, James Stuckey recommends that his fellow coin collectors store their treasures as he does in a safety deposit box. Preserving coins in this manner will also ensure that the collection remains in mint condition so that future generations can enjoy the fruits of his labor.